Gold Deposits in Metamorphic Rocks: What We Know and Why Are We Getting More Confused by Richard J. Goldfarb 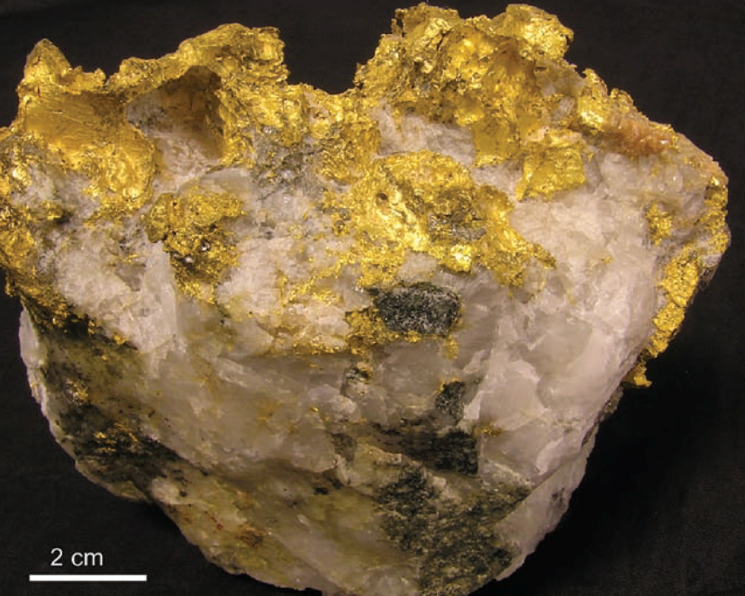 ABSTRACT: GOLD DEPOSITS IN METAMORPHIC ROCKS: WHAT WE KNOW AND WHY ARE WE GETTING MORE CONFUSED
Richard J. Goldfarb, Department of Geology and Geological Engineering, Colorado School of Mines,
1516 Illinois Street, Golden, Colorado 80401, USA.
Orogenic gold deposits represent the main source of gold in the world’s deformed Phanerozoic-
Neoproterozoic metasedimentary or Paleoproterozoic-Archean metavolcanic terranes, typically having
formed 20-200 million years after their host rock terranes. These deposits are typically characterized by
(1) post-peak metamorphic timing; (2) changing far-field stresses in a dominantly subduction/active
margin setting; in (3) metamorphosed fore-arc or back-arc locations; (4) a broad thermal equilibrium with
country rocks, as indicated by alteration assemblages and lack of telescoped zonation; (5) hydrothermal
addition of K, S, CO 2 , H 2 O, Si, and Au with variable additions of As, B, Bi, Na, Sb, Te, and W; and (6)
supralithostatic low-salinity H 2 O-CO 2 -CH 4 -N 2 -H 2 S ore fluids.
Although these features have been accepted for decades, there has been increased recent controversy
over genesis of these deposits. Historically, orogenic gold deposits were high-grade, with gold-bearing
quartz-carbonate veins mined underground at 5 to &gt;10 g/t. At higher gold prices, many deposits have
produced much lower-grade open-pit ore from hydrothermally-altered rock that would have previously
been considered waste, or just distal geochemical anomalies (i.e., &lt;1 g/t). Consequently, interpretation of
what is an orogenic gold deposit and what is not has become more difficult. Furthermore, greater
complexities tend to be associated with older deposits, such as the spatial overlap of orogenic gold with
other deposit types, metamorphism of some giant orogenic gold deposits, and more episodic ore
deposition. This likely reflects differences in the Earth’s thermal budget and tectonic processes between
the Phanerozoic and Archean.
Whereas our ability to measure many parameters of the ore-forming fluid for orogenic gold continues to
improve, and a relatively consistent fluid chemistry continues to be recognized, the interpretation of these
data remains equivocal. A magmatic-hydrothermal model, although recently coming back into favor, is
incompatible with geological and geochronological data from many regions. Similarly, large gold
endowments in numerous juvenile oceanic terranes, indicate an enriched SCLM cannot be the direct gold
source. A crustal or subduction-zone metamorphic model remains the most viable ore-genesis model
that can be applied globally, with sulfur and gold released from prograde metamorphism of pyrite at
depth. In Phanerozoic terranes, metasedimentary rock sequences are potentially an important fluid and
metal source, whereas in Archean greenstone belts, the metavolcanic rocks are the only potential source
given stratigraphic/structural considerations. The giant Cretaceous orogenic gold deposits in Archean
terranes of the North China block indicate that, in some examples, the subducting slab is the only
reasonable source for metals and sulfur from metamorphism of pyrite.
Accepting of a universal metamorphic model for orogenic gold adds constraints for targeting. For
example, most orebodies will (1) be related to pre-existing crustal-scale fault systems cutting
volcanosedimentary crust; (2) show broadly identical mineralogy and alteration assemblages; (3) have, if
present at all, proximal igneous intrusions that will solely represent zones of pre-gold rheologically
favorable rock for the location of ore-bearing structures; and (4) be preferentially located in greenschist-
facies domains, particularly in Phanerozoic terranes, although several recent Archean discoveries are in
amphibolite-facies terranes. 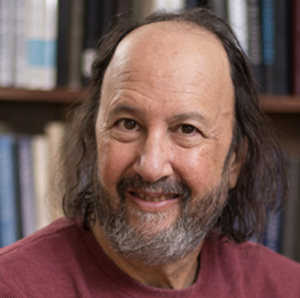 Richard J. Goldfarb was a research geologist with the Minerals
Program of the U.S. Geological Survey for 36 years. He has
conducted studies on the distribution of gold deposits throughout
the world, compiling comprehensive global descriptions of their
spatial-temporal setting and evaluating their ore controlling factors.
His research has been focused on global metallogeny, geology of
ore deposits in the North American Cordillera with emphasis on
orogenic gold, distribution and geology of lode gold deposits in
China and elsewhere in Asia, and fluid inclusion and stable isotope
applications to the understanding of ore genesis. Rich has senior
authored and co-authored more than 225 papers on mineral
resources, with many recognized as the authoritative research on
gold in metamorphic terranes and on aspects of regional
metallogeny. He is a past-president of the Society of Economic
Geologists and past chief editor of Mineralium Deposita. Presently,
Rich is a research professor at Colorado School of Mines and
China University of Geosciences Beijing, as well as an
independent consultant to the exploration and mining industry.